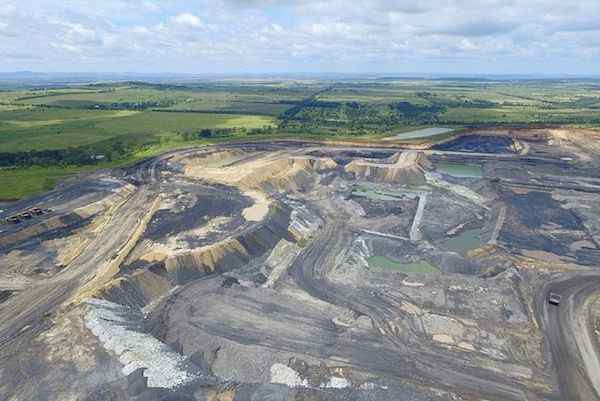 On February 3rd 2021 the Oakey Coal Action Alliance won an extraordinary victory in the High Court of Australia.

But by any measure, this is a remarkable and historic victory for the small but tireless group of farmers and environmentalists who have opposed plans by a wealthy mining company to expand a gigantic open cut coal mine that's already had a devastating impact ofn the local environment.

Paul King and Aileen Harris of the Oakey Coal Action Alliance were enthralled by the court victory..

“I’m still in shock to be honest, even though it was a couple of hours ago now” Mrs Harris, president of the Oakey Coal Action Alliance, told the Toowoomba Chronicle.

“I’m absolutely amazed that we’ve got that far … so yes, having had the experience of a high court (case and having won it is a rather unique privilege to have had.”

The campaign against the New Acland Mine expansion is inspiring to anyone who cares about the global environment - because any expansion of the coal industry is incompatible with achieving the minimalist goals set at the Paris Climate Change conference in 2015. The Paris Agreement is a legally binding international treaty on climate change. On that basis alone, the mine expansion must be rejected.

But there are also many local reasons to reject the mining industry's New Acland proposal. The mine has a thirst for water that's incompatible with agriculture in the region. It generates coal dust which is affecting the health of locals. The mine is a gigantic eyesore and rehabilitation of open cut coal mines, in other parts of the state, has not been successful.

Find out more about the Oakey Coal Action Alliance on their webpage.